Stock index futures are lower as investors believe a stronger than expected jobs report will likely keep the Federal Reserve on track for its aggressive rate hikes.

The 9:00 central time May wholesale inventories report is estimated to show a 2.0% increase.

The 1:00 May consumer credit report is predicted to show a $31.9 billion gain.

Stock index futures are likely to recover this afternoon. 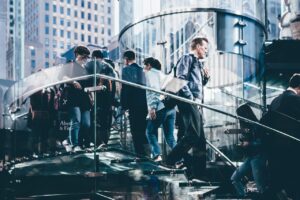 The U.S. dollar index advanced to a new 20-year high in the overnight trade. The Federal Reserve is likely to hike interest rates more than other major central banks, which suggests higher prices for the U.S. dollar.

The euro currency declined to the lowest level in 20 years, falling towards parity against the U.S. dollar. Pressure on the euro is linked to economic and political concerns, which could make it more difficult for the European Central Bank to tighten monetary policy.

The British pound remains close to its lowest level since March 2020 as political turmoil in the U.K. clouds the country’s economic outlook.

Federal Reserve speakers today are John Williams at 7:30 and again at 12:00.

The fundamental and technical aspects of the interest rate market futures are improving.

It is likely that interest rate market futures will at least partially recover from the morning selling pressure.