Malaysian palm oil prices overnight were up 82 ringgit (+2.28%) at 3676. China markets are closed for Holiday

The U.S. Agriculture Department (USDA) said in a statement on Friday that it would release four weeks of weekly export sales data on Sept. 15.

“The Aug. 18 and Aug. 25 data will be combined in a single report,” the Department said in a statement. “Separate reports will be issued for the reporting periods ending Sept. 1 and Sept. 8.”

The department on Aug. 25 retracted weekly commodities export data it had released after a technical misstep during the launch of a new export sales reporting platform left traders scrambling and caused uncertainty in the futures markets.

The data on Sept. 15 will be published via the USDA’s legacy export sales reporting system, the agency said.

Farmers in Argentina rushed to sell stockpiled soybeans this week after the government implemented a temporary devaluation of the peso intending to spur exports. The influx of low-priced supplies to the global market just as the US is preparing for a bumper harvest could pressure global prices.

The supply increase may help cap prices for the commodity used in animal feed, cooking oil and fuel that have increased 45% in the past two years, offering some respite to rampant inflation. It is also bad timing for US farmers as the US Department of Agriculture estimated a record year for domestic soybean production. A closely-watched industry tour of domestic crops in late August forecast a harvest of 4.535 billion bushels (123.4 million tons), slightly above the USDA figure.

Planet Labs Boosts US Corn Crop Estimate Ahead of WASDE

US corn crop forecast at 177.6 bushels per acre for September, Planet Labs PBC says, ahead of August estimate of 176 bu/acre.

Customs officials in southern Iran have been told to expedite the clearance and distribution of a 70,000-ton shipment of wheat from Russia that’s expected to dock in the coming days, the semi-official Iranian Students’ News Agency reported.

Alireza Ahmadi Manesh, prosecutor-general for Hormuzgan province, told reporters that a ship carrying the cargo, along with another vessel carrying 30,000 tons of rice, is expected to dock at Shahid Rajaei port in Bandar Abbas on Iran’s Persian Gulf coast, according to ISNA.

Ahmadi Manesh didn’t give any further details about the shipment or say when it had departed Russia.

Putin Insists Grain Should Be Sent to Poorest Countries

Russian President Vladimir Putin says that while some doubt his earlier claim that a majority of grain shipped from Ukraine’s Black Sea ports is going to developed countries, he believes his assessment is right, according to televised remarks.

France’s transport minister said on Sunday he would sign an agreement with Romania to increase Ukrainian grain exports to developing countries including to the Mediterranean.

“Tomorrow, I will sign an accord with Romania that will allow Ukraine to get even more grains out … towards Europe and developing countries, notably in the Mediterranean (countries)which need it for food,” Clement Beaune told LCI television, adding that the deal covered exports by land, sea and river. 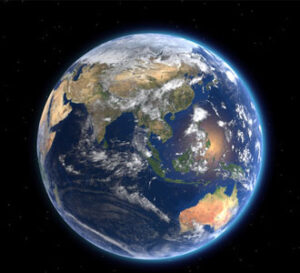 Malaysia’s palm oil stocks at the end of August climbed 18.16% from the previous month to 2.09 million tonnes, data from the industry regulator, the Malaysian Palm Oil Board (MPOB), showed on Monday.

Farmers traded another 660,000 metric tons of soybeans on Thursday after the government temporarily devalued the peso for them from Sept. 5, Buenos Aires Grain Exchange says in a report.

China’s soybean imports in the 2022-23 season are now seen at 96.5m tons, the USDA’s Foreign Agricultural Service says in a report.

This is because of a weaker-than-expected output owing to the recent labour shortage.

Another dealer expects the CPO market to trade between RM3,300 and RM3,500 per tonne next week amid high inventory levels and global recession fears.

It is hoped that lower prices will benefit consumers and help ease the rising food inflation.

Malaysia’s palm oil exports to India fell 9.2% to 0.23 million tons in Aug. from a month earlier, the Malaysian Palm Oil Board posted on its website.

Corn production in the EU-27 nations has declined 20.8% y/y to 55m tons, farm lobby Copa-Cogeca says in an emailed report on the 2022 harvest.

Nigeria, Africa’s largest buyer of wheat, is partnering with food company Olam International Ltd. to develop seed varieties of the grain that are suitable for its climate, which will boost local output and cut dependence on imports.

Africa’s most populous country placed restrictions on wheat imports before Russia’s invasion of Ukraine disrupted supply. But it harvested less than 1% of the 4.7 million tons of the grain it consumed in 2021, according to the US Department of Agriculture. The surge in the price of the cereal crop helped fuel the inflation rate for food, which rose to 22% in July from a year earlier.

Domestic wheat production has been hampered by lack of appropriate seed varieties that can be grown in local whether conditions, high fertilizer costs and the lack of irrigation facilities.

The new seeds “gives some assurance that the investment of Olam will accelerate production” in Nigeria across the wheat-farming belt, Kachalla Mala, the principal research officer at Lake Chad Research Institute, said at the briefing.

Russian food and fertilizer exports are “completely in line, or maybe even going up, from its patterns from 2012” and Moscow’s complaints that its shipments are being hindered by sanctions are misinformation, said a senior U.S. official on Friday.

“We’re seeing no disruption in Russia’s ability to send food to market,” James O’Brien, head of the State Department’s Office of Sanctions Coordination, told reporters. “The fertilizer is still reaching markets at the same rate that it always has.”

Soybean prices dropped in both Brazil and the United States in the last days, influenced by the higher interest of Argentineans in sales, lower international demand and the nearness of the 2022/23 harvesting in the USA. Rains forecast for the major soybean-producing regions in Brazil from the second fortnight of September onwards also contributed for a more optimistic scenario, pressing down future prices.

With the current favorable weather, purchasers lowered bids, despite the forecast of a new cold front in September, international devaluations and the dollar depreciation. Thus, some sellers agreed to sell the remaining of the 2021/22 crop at lower prices, fearing higher pressure on quotations as the American harvest arrives at the market.

BY-PRODUCTS – The higher volume of soybean products supplied by Argentina – the number one exporter of soybean meal and oil in the world – increased pressure on quotations. On Sunday (5), the Argentinean Government announced incentives for producers by raising the currency exchange rate so that they may be able to sell the product stocked.

Brazilian purchasers resumed leaving the national spot market in the last days, putting pressure on prices this week. These agents are watching out for the beginning of the harvesting in the United States and are aware of both the estimates for a high harvest in Brazil and the recent corn devaluations at ports.

Although sellers have no need for cash flow, they have been willing to lower asking prices, due to the high stocks this season. This scenario is being observed majorly in central-western Brazil, where most of the second crop is concentrated and where farmers have had problems stocking the cereal.

Although values faded in most of the regions surveyed, local conditions underpinned prices in some other areas, highlighting that prices may still follow opposite directions, depending on volume, warehouses, freight costs, the dollar and demand.

Between September 1st and 8th, on the average of the regions surveyed by Cepea, values increased by a slight 0.1% in the over-the-counter market (paid to farmers) but dropped by 0.3% in the wholesale market (deals between processors). The ESALQ/BM&FBovespa Index for corn (Campinas, SP) decreased by 0.5% in the same period, closing at BRL 83.25 per 60-kilo bag on Thursday, 8.

PORTS – Corn prices have faded at Brazilian ports this week, influenced by devaluations abroad and the dollar depreciation. Besides, agents are ware that the exports from Argentina may set a record in the 2022/23 season. Besides, the Government’s decision to raise the currency exchange rate for short-term deals may increase the world supply of corn.

Shrinking water supplies are creating a two-tiered market in farmland investing, lifting values for properties with access to groundwater or aquifers.

“We’re ultimately acquiring water first,” said Carter Malloy, founder and chief executive officer of AcreTrader, a Fayetteville, Arkansas-based platform for investing in agricultural land. If the land “happens to have some trees on it growing citrus, that’s great news.”

Much of the land in California’s Central Valley, which accounts for about a quarter of US food production, is idle this year as a megadrought forces unprecedented cuts to water supplies. Crops are also withering from Nebraska to Maine in the latest example of how climate change is wreaking havoc on farming.

Food and fuel prices have soared since Russia invaded Ukraine, keeping vital grain supplies off the world market. With inflation the highest in four decades, rising farmland values can be a hedge for agricultural investors. But not all acres are created equal. In California some farmers are removing almond trees due to a lack of water reserves.

US nitrogen prices have risen dramatically after aggressive summer fill programs, fueled by a rash of nitrogen-plant outages in Europe due to surging natural gas costs. Smaller increases were seen for phosphates after several weeks of steady prices, while the potash market remained pressured at New Orleans and inland.

Urea prices topped out and retreated at New Orleans (NOLA) during the week, with softer pricing also observed in Brazil as the global industry awaits news of India’s latest urea tender. The tender closed on Sept. 9 with 2.2 million metric tons (mt) offered. Tender prices are expected to be released on Sept. 12. Although NOLA urea slipped to $630-$680 a short ton (st) vs. last week’s $680-$710 and Corn Belt prices also dropped slightly, urea prices were up in the western US and Canada, along with higher ammonia and urea ammonium nitrate (UAN) prices in both markets. UAN and ammonia prices also inched higher in the Corn Belt after last week’s rapid run-up, and phosphate prices moved up slightly as well at NOLA and inland after weeks of flat pricing. Potash remained flat-to-lower in early September.

The Brazil urea market was quiet as the industry awaits India’s latest tender results. Though no negotiations were confirmed, offered prices have settled $30 a metric ton below last week’s highs. Potash and phosphate prices, meanwhile, keep weakening as sellers try to attract new orders in an oversupplied market.

Though August fertilizer imports have slowed, January-August arrivals exceeded last year by 9.4%. Potash purchases are up 1.6 million mt, or 20.5% year-over-year. Year-to-date urea imports are down 213,000 mt, or 4.6%, with a recovery needed before demand accelerates in 4Q.

US Beef Production Falls 5% This Week, Pork Down: USDA

US federally inspected beef production falls to 494m pounds for the week ending Sept. 10 from 520m in the previous week, according to USDA estimates published on the agency’s website.