US Fertilizer Prices Fall as Traders Look Ahead to Spring Needs

Nitrogen, phosphate and potash prices continue to fall in the US as the autumn application season ends and winter and spring pricing programs begin. Declines this week were led by producers’ spring prepay ammonia offers and winter fill programs for potash, while urea and phosphates remained under pressure at New Orleans and inland.

Brazil Grains & Oilseeds Forecast: Sao Paulo and Parana will continue to see chances for scattered showers early this week while Rio Grande Do Sul may miss out on most of the precipitation again. A cold front will push into the area this coming weekend, which will benefit the developing corn and soybeans. Below normal temperatures are also expected after the passage of the cold front.

Argentina Grains & Oilseeds Forecast: Dry conditions and above normal temperatures will prevail across Argentina early this week. A cold front will lift through the area late this week, providing some beneficial rainfall to the area which will help the developing corn and soybeans. Behind the cold front, below normal temperatures will follow allowing for a more extended cool down.

Northern Plains Forecast: Cold air will remain entrenched across the region through the end of this week. Meanwhile, isolated snow showers will be possible today before more scattered showers return by the middle of the week. Drier conditions return for the end of the week.

Central/Southern Plains Forecast: Scattered showers remain possible today with better chances for more widespread rain and snow by the middle of the week. Additionally, below to well below normal temperatures will slowly sink south across the region throughout the week. 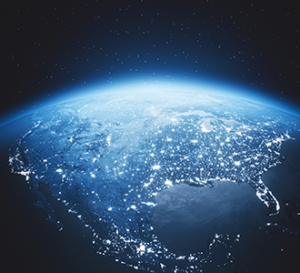 In week ending Dec. 15, according to the USDA’s weekly inspections report.

Following is a summary of USDA inspections for week ending Dec. 15 of corn, soybeans and wheat for export, from the Grain Inspection, Packers and Stockyards Administration, known as GIPSA.

Grain production in the EU and the UK is estimated at 304.4m tons in 2023, trade group Coceral says in an initial estimate for next year.

Crop exports from Ukraine’s ports under the Black Sea Grain Initiative totaled about 514,848 tons in the week to Dec. 18, according to data posted by the Joint Coordination Centre.

Frost Damage to European Winter Crops Has Been Minor: MARS

Frost damage to winter crops as of mid-December has been minor and confined to some areas in central and eastern Germany and Poland, the EU’s Monitoring Agricultural Resources unit said Monday in a report.

Fire at Grain Trader Andersons Confined to Dome, No Injuries

Company says flames at the Hemlock grain elevator in Saginaw County, Michigan, were confined to corn storage dome and no injuries were reported, according to statement.

As the harvesting of a record wheat crop is almost over in Brazil, higher supply continues to press down quotations. Besides, the current lower import parity value is influencing domestic devaluations too, as it favors imports. However, agents from the wheat market believe that the downward trend of prices may weaken, based on the significant reduction in the output from Argentina.

According to Deral, the harvesting of wheat crops is over in Paraná; in Rio Grande do Sul, the scenario is the same, according to Emater. Considering the national wheat crop, 98.5% had been harvested by December 10th.

In Argentina, Bolsa de Comércio de Rosário has, once again, reduced the estimates for the national wheat output, now to 11.5 million tons. Water shortages are the main reason for the steep decrease of 10 million tons compared to that in the 2021/22 season.

Based on data from Conab (Brazil’s National Company for Food Supply), between December 5 and 9, the import parity price for the wheat from Argentina delivered to Paraná State was USD 360.83/ton. Considering the average of the US dollar in that period, at BRL 5.2305, the wheat imported was sold at BRL 1,887.33/ton, while for the Brazilian wheat traded in Paraná, the average was lower, at BRL 1,806.2/ton, according to data from Cepea. In Rio Grande do Sul, the import parity for the product from Argentina would be of USD 338.63/ton (BRL 1,771.20/ton), against BRL 1,566.4/ton on the average of the state surveyed by Cepea.

Farmers in Brazil have cleared land to grow soy in the new agricultural frontier known as Matopiba, according to data from Abiove, an oilseed lobby group representing global trade firms like Cargill and Bunge BG.N.

In other parts of the South American country’s Cerrado savanna, soybean expansion was mainly driven by conversion of degraded pastureland into areas to grow crops, the data from the Brazil-based group shows.

Under Brazil’s forestry code, farmers have to conserve between 20% and 35% of a property in the Cerrado, depending on the farm’s exact location. That ratio is 80% for farms within the Amazonian biome.

In Matopiba states including Maranhao, Tocantins, Piaui and Bahia, which partly lie on the Cerrado biome, some 700,000 hectares (1.729 million acres) of native vegetation were transformed into soy fields in the eight-year period between 2013/2014 and 2021/2022, according to Abiove data.

Pastures, on the other hand, accounted for a smaller chunk of the soybean advance in Matopiba over the same period, with around 400,000 hectares being transformed to grow the oilseed there, the data show.

Brazil, the world’s biggest soybean supplier, competes with the United States on global markets and sells its soy output to China and the European Union. They mainly use it as livestock feed.

Other states in the Cerrado, including Mato Grosso, Brazil’s biggest soy producer, converted 2.8 million hectares of degraded pastureland into soybean plantations, according to Abiove data.

The Cerrado, the world’s most species-rich savanna, has given way to Brazil’s expanding agricultural frontier for decades.

In the eight-year period, soy planting jumped from 12.13 million hectares in the various states of the Cerrado, excluding Matopiba, to 16.35 million hectares. That is a 34.8% rise, Abiove data show.

In Matopiba, the increase was almost 50% to around 5 million hectares, Abiove said.