Mexico and the US are aiming to resolve their dispute over GMO corn trade by the end of January, Mexico’s Foreign Minister Marcelo Ebrard said Friday after meeting with US Agriculture Secretary Tom Vilsack in Washington.

Brazil Grains & Oilseeds Forecast: Scattered showers fell over central and northern areas over the weekend, and will continue through the week. More isolated showers fell over southern areas and dryness should return there by midweek. It may be dry in southern areas for a week before showers return, which could stress corn in pollination to some degree. Soybeans remain in mostly favorable condition, though dryness across the south is a little concerning there as well.

Northern Plains Forecast: Isolated snow showers fell over the weekend as cold air settled in. Cold air continues this week with a strong push of the polar vortex moving through later this week. Some light snow will accompany the cold. Warmer air will try to move into the region next week, though it is uncertain if it will succeed.

Central/Southern Plains Forecast: It was mostly dry over the weekend as cold air filtered into northern areas behind the first push of the polar vortex. Some scattered precipitation will develop on Monday, but few areas will receive protective snow cover before a much stronger push of cold air moves in later in the week. This system may bring another round of snow, even as far south as north Texas, but also some very cold air. Any unprotected areas would be vulnerable for winter kill as a couple days of near-record cold will move in. Warmer air will try to replace the cold next week.

Midwest Forecast: Some areas of snow occurred over the weekend as a system finally left the region. Cold air pushed into northwest areas behind the first push of the polar vortex. A much stronger push will move through later in the week and cause a very strong storm system that is likely to bring blizzard conditions and areas of heavy snow. Areas that do not end up with good snow cover will be at risk of winter kill on winter wheat. Lake-effect snows are likely to continue after the system pulls away. Warmer air will try to move in after Christmas, but it is uncertain if it will succeed. 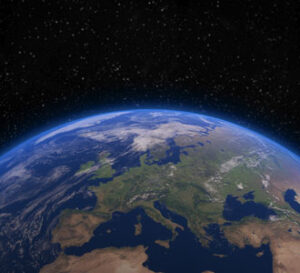 Ukraine Harvested 70% of Corn Area as of Dec. 16: Ministry

Ukrainian farmers have harvested corn from 70% of planted areas as of Dec. 16, the Agriculture Ministry says on website.

Corn prices have been firm in most Brazilian regions surveyed by Cepea. The boost comes from the high exports’ performance and the possible increase in the international demand for the Brazilian cereal – bombings in Ukrainian ports and concerns about the drought in Argentina lead importers to Brazil.

In the first seven working days of December, Brazil exported 1.51 million tons of corn, which accounts for 44% of the volume shipped in December 2021, according to data from Secex. Aware of that scenario, valuations at CME Group (Chicago) and the dollar appreciation, sellers have been asking higher prices in the interior of Brazil.

In the same period, on the average of the regions surveyed by Cepea, prices rose by 1.3% in the over-the-counter market (paid to farmers) and by 0.5% in the wholesale market (deals between processors). In Campinas (SP), the ESALQ/BM&FBovespa Index for corn rose a slight 0.01%, to BRL 85.91 (USD 16.14) per 60-kilo bag on Thursday. In this case, liquidity was low, since the purchasers in SP seem to have corn stocked for the coming weeks and that those with urgent needs are buying the cereal in central-western Brazil.

CROPS – Agents are monitoring crops development in Brazil, concerned about the lack of rains in Rio Grande do Sul and in Argentina. According to data from Conab, 76.6% of the summer crop of corn had been sown in Brazil by Dec. 10th.

Firm demand in Brazil and from abroad are keeping both the prices and export premiums for soybean meal on the rise. Low supply in Argentina in the 2021/22 season and uncertainties about the volume to be produced in the country in the 2022/23 crop, due to unfavorable weather, are helping to raise quotations. It is important to mention that Argentina is the top world supplier of soybean meal.

Thus, China is expected to import soybean meal from Brazil. According to a report from the USDA, China may import 235.24 thousand tons of the product in the 2022/23 season, the highest volume since 2010/11 and four-fold the amount imported in 21/22. World trades of soybean meal are estimated to set a record, totaling 70.08 million tons. Of this total, 37.9% are expected to be exported by Argentina; 27.9%, by Brazil; and 17.7%, by the United States.

In this scenario, on the average of the regions surveyed by Cepea, the prices for soybean meal rose 3% in the last seven days. At the port of Paranaguá (PR), the export premium for meal with shipment scheduled for Jan/23 had bids at USD 35/ton and asks at USD 40/ton, higher than the asks and bids from last Thursday (USD 27/ton and USD 33/ton).

SOYBEAN – The quotations for soybean increased in the Brazilian market in the last days, influenced by the dollar appreciation against the Real, by 2.1% between Dec. 8th-15th, to BRL 5.322. However, valuations were constrained by the cautiousness of Brazilian consumers, who prefer to wait for the arrival of the new crop to then buy some volumes.

CROPS – Recent rains in southern Brazil and in Argentina reduced agents’ concerns. In Rio Grande do Sul, although sowing has advanced, activities are still halted in some locations, where farmers are waiting for higher soil moisture to resume sowing. According to Conab, 95.9% of 43.4 million hectares have been sown in Brazil.

India’s oilmeals exports rose to 407,193 tons in November from 213,154 tons in October, according to the Solvent Extractors’ Association of India.

Indonesia’s mandate to use more palm oil for producing biofuels and lower reserves in Malaysia will continue to support the tropical oil in the coming months, according to veteran trader Dorab Mistry.

The most-consumed cooking oil may trade between 3,500 ringgit ($791) and 5,000 ringgit a ton between now and the end of May, unless the war in Ukraine ends, said Mistry, who has been trading palm for about four decades.

“The war has cast a huge unexpected shadow on the world economy,” he said in slides prepared for an industry conference in Goa.

The latest prediction by Mistry, who’s a director at Godrej International Ltd., compared with his November forecast of prices reaching as high as 4,500 ringgit a ton through the end of March 2023.

Palm oil futures, which recently hit a two-month low, closed 1% higher at 3,918 ringgit on Friday. The vegetable oil had slumped to 3,336 ringgit in late September, it lowest since early 2021.

Mistry said that higher demand from the biofuel industry would continue to support palm prices. His comments followed an announcement by Indonesia, the world’s biggest palm oil producer, on Friday to raise its biofuel blending ratio from January.

The new mandate, known as the B35, will require the country’s biodiesel to contain 35% palm oil from next year, compared with the current 30% mix. The move has the potential to cut palm exports from the country, which accounts for about a third of global edible oil trade.

The proposal is to allow non-residents to own no more than 20% in agriculture companies, including grain exporters, according to the letter. Owners of Russian agriculture companies should move their headquarters to a Russian jurisdiction from overseas. Kremlin spokesman Dmitry Peskov didn’t immediately respond to RBC’s request for comment.

Earlier this month, major Russian fertilizer supplier UralChem informed Putin that it was willing to buy the local assets of grain traders Cargill and Viterra, according to Kommersant. Uralchem CEO Dmitry Konyaev argued that Cargill and Viterra intend to cease operations in Russia in 2023, while their grain trading activities overlap with Uralchem’s business.

Canadian canola ending stocks for 2022-23 were revised higher by Agriculture and Agri-Food Canada in its latest supply/demand estimates, released Friday.

The larger carryout projection came despite a downward revision to production, as both exports and domestic usage were also down from the November report.

Wheat ending stocks for the year were forecast at 5.0 million tons, which would be down from the November estimate of 6.0 million but still above the 3.7 million-ton wheat carryout from the previous year. Projected exports and domestic usage for wheat only saw minor adjustments on the month.

Grain yields in Western Australia are outperforming across most growing regions, further boosting the outlook for what is already expected to be a record harvest this season, according to the Grain Industry Association of Western Australia.

Russia’s wheat-export duty will rise next week to 3,334 rubles ($51.60) a ton from 3,143 rubles, Interfax reported, citing the agriculture ministry.

Farmers in India, the world’s second-biggest wheat grower, planted the crop in 28.65 million hectares (70.8 million acres) of land as of Dec. 16, up about 3% from a year earlier, according to the farm ministry.

Heilongjiang yielded 9.54 billion kilograms of soybeans this year, up 32.6 percent year on year and accounting for 47 percent of the country’s total soybean output. The sown soybean area in the province hit 73.98 million mu (4.93 million hectares), up 26.9 percent year on year.

Liu Mingkun, head of the Yongsheng Agricultural Machinery Cooperative in Jixian County, Heilongjiang, is filled with joy and excitement.

“This year, our cooperative planted more than 20,000 mu of soybeans, with an average yield per mu exceeding 200 kilograms,” Liu said. “We have set a new record.”

To ensure national food security, Heilongjiang has been increasing its soybean yield through a string of measures such as improving varieties and field management techniques.

US federally inspected beef production falls to 526m pounds for the week ending Dec. 17 from 546m in the previous week, according to USDA estimates published on the agency’s website.

US Fertilizer Prices Fall as Traders Look to Spring Needs

Nitrogen, phosphate and potash prices continue to fall in the US as the fall application season ends and new pricing programs are launched for winter and spring shipments. Price declines this week were led by spring prepay ammonia offers from major producers and winter fill programs for potash, while urea and phosphates remained under pressure at New Orleans (NOLA) and inland.