Ukraine’s Grain Association urges government to include country’s silos in the list of industrial facilities that should be prioritized in terms of electricity supplies, it says in an emailed statement.

Brazil Grains & Oilseeds Forecast: Scattered showers will continue in central and northern Brazil for the next week as is typical for this time of year. A front is moving through southern areas and increasing showers for Monday but will move up into central states and stall on Tuesday and Wednesday. Drier conditions over southern areas could start to create some stress as rainfall has been lower than normal over the last six weeks or so. Otherwise, generally favorable weather continues for most of the corn and soybean areas.

Argentina Grains & Oilseeds Forecast: A front moved through Argentina over the weekend, wiping out the extreme heatwave that was in the region all last week. Rainfall was not very heavy, and drought continues to have negative influences on corn and soybean development as well as planting. While this week will not be as hot, the region will be mostly dry. Overall, conditions continue to be poor for corn and soybeans until precipitation becomes more consistent.

Northern Plains Forecast: Widespread heavy precipitation is moving into the Northern Plains with a system on Monday and will stick around through Thursday before finally pushing east. Heavy snow is expected across most of the area. With winds also becoming strong, blizzard conditions and blowing snow are likely for much of the region. Cold air is going to move in behind the system, sticking around through at least Christmas.

Central/Southern Plains Forecast: A strong storm system is moving into the Central and Southern Plains Monday. Strong winds and increasing precipitation are expected. Severe weather will be possible as well as heavy snow in the northwest, which would create blizzard conditions. Cold air will follow behind a strong cold front on Tuesday, which should be in the region for quite some time. Precipitation is least likely for southwestern areas, which continue to be under strong influence of drought.

Midwest Forecast: Precipitation moved through the Midwest late last week, but it was dry over the weekend. A strong storm system will move through this week with widespread precipitation, including snow across the far north. Cold air will move in behind the system, which should stick around for a while. 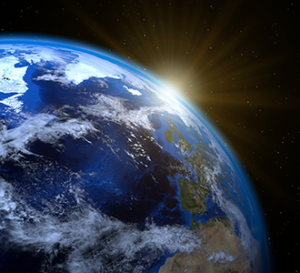 In week ending Dec. 8, according to the USDA’s weekly inspections report.

Following is a summary of USDA inspections for week ending Dec. 8 of corn, soybeans and wheat for export, from the Grain Inspection, Packers and Stockyards Administration, known as GIPSA.

Crop exports from Ukraine’s ports under the Black Sea Grain Initiative totaled about 657,235 tons in the week to Dec. 11, according to data posted by the Joint Coordination Centre.

This year’s Ukraine corn production is now seen at 26.5m tons, down 0.5m tons from a prior outlook, due to potential losses as some crop is left over winter in fields, analyst UkrAgroConsult says in a note.

NOTE: Russia harvested 91m tons of wheat in 2022, according to the US Department of Agriculture

Projections for 2022/23 wheat crops in Brazil and in the world continue to indicate a record volume. Prices, in turn, remain moving down in Brazil, following international decreases. Moreover, values have been affected by the increase of the wheat supply in the domestic market, given that the national harvest is close to the end in major producing states, Rio Grande do Sul and Paraná, and that the crop is likely to hit a record.

Due to the bigger production, exports increased 300 thousand tons compared to the previous report, now estimated at 3 million tons (from August/22 to July/23). Conab expected imports to reach 6.1 million tons in the same period, 0.3% more in relation to the season before. As a result, the domestic availability is forecast at 16.37 million tons, and the consumption, at 12.29 million tons. Therefore, ending stocks are estimated at 1.08 million tons in July/23.

Considering the global 2022/23 crop, although the USDA decreased the forecast from November to December, the volume may still be a record. The world wheat consumption, in turn, may be higher than production. According to the USDA, the global production is forecast at 780.58 million tons, 0.3% lower than data released in November/22, but still 0.2% more than in the crop before. The world consumption reduced only 0.2% from one month to another, at 789.53 million tons, 0.5% down compared to 2021/22.

Deral indicates that the crop in Paraná is expected to hit 3.47 million tons, and the harvest has practically finished. This season has been affected by weather conditions, which reduced the quality of the cereal. Therefore, Rio Grande do Sul will again be the largest producer in Brazil, and the crop may total 4.97 million tons.

French farmers planted 6.71m hectares of winter-grain crops for the 2023 season, according to estimates from its agriculture ministry on Tueday.

Indonesia plans to set the crude palm oil reference price for Dec. 16-31 at $871.99 per tonne, deputy coordinating minister of economic affairs Musdhalifah Machmud said on Tuesday, up from $824.32 per tonnes for Dec. 1-15.

Fall fertilizer application in the US Corn Belt was winding down as winter weather moved in, with most producers describing fall volume as good but below 2021’s record. Crop-nutrient prices generally were flat or down as the seasonal reset approached. US exports are rising as domestic producers shift tons to higher-priced offshore markets.

With fall demand nearly over and spring pricing programs yet to be announced, Corn Belt ammonia fell $40-$50 a short ton as suppliers competed for the last prompt business. Though New Orleans (NOLA) urea prices rose $10-$20/st after multiple weeks of decline, Corn Belt prices fell another $10 amid slow demand, while larger declines were reported in the US Northeast. NOLA and inland prices for urea ammonium nitrate fell slightly, while phosphate and potash prices continued to drop at NOLA and inland as the fall application season wound down. Lower producer postings pushed phosphate prices down in Florida.

Urea prices dropped in Brazil and the Persian Gulf as expectations for India’s next tender were pushed back until late December or January. Lower prices are anticipated in the next tender by the country.

After a year of price volatility for agricultural inputs, 2023 is set to be a “normal” year for fertilizer and pesticide costs, an official at top Canadian fertilizer maker Nutrien NTR.TO told Reuters on Monday.

“The war in Ukraine generated all sorts of expectations around a shortage of products. After May, prices began to fall,” he said, adding the value of inputs were cut by half.

Brazil, which imports around 85% of its fertilizer supply, faced challenges with product prices in 2022, Dias said.

He added that 2023 will be a more normal year with less volatility than 2022, with a more “settled” market despite what Dias said was expected Russian surcharges on fertilizers.

Dias reaffirmed the company’s plans to grow in Brazil via acquisitions and organic expansions, given the country’s agriculture and consolidation opportunities.

Over the past three years, Nutrien has acquired eight companies in the country, seven of which are retailers of agricultural inputs. In 2022, Nutrien invested $500 million in Brazil, including acquisitions.

Nutrien, which sells inputs under its own and third-party brands, also seeks to provide services for farmers, including financing and agronomic consulting.

Unlike the operation in North America, where Nutrien is also notable for its potassium fertilizer mines, in Brazil the company has four mixers for imported fertilizer raw materials and is in the process of investing in two more, Dias noted.

The executive added that, acquisitions aside, the company expected to end 2022 with organic expansion of 70% year-on-year.