Soybean, soymeal and soyoil futures traded sharply lower. Dalian soybean, soymeal, soyoil and US Dollar was higher. Crude was lower. Most commodities were lower. Some feel machines are selling weakness. Managed funds continue to liquidate soy complex longs, Recession talk continues to weigh on grains and commodities. Palmoil futures were lower. Canada rapeseed futures were also sharply lower. Weekly US soybean exports were 13 mil bu vs 8 ly. Season to date exports are 1,900 vs 2,115 ly. USDA goal is 2,170 vs 2,261. Informa est US 2021/22 soybean carryout near 195 mil bu vs USDA 205. This due to higher exports. Informa est US 2022 soybean crop at 4,550 vs USDA 4,640. Most due to lower acres. Trade est US weekly soybeans crop rating at 64 pct G/E vs 65 last week. Informa est US soybean crop at 4,550 mil bu vs USDA 4,640 with a carryout of 220 mil bu vs USDA 280. None of this is negative to futures. 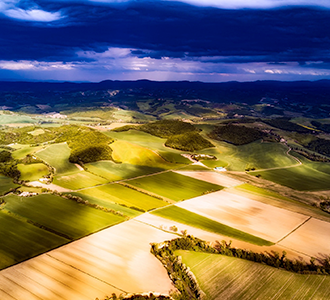 Matif corn was traded lower following wheat and following a generally favorable US Midwest forecast. Most of W Europe and the Black Sea remain dry Ukraine reported exporting 1 mmt of corn in June. CBOT corn is now well below pre Ukraine war levels, despite the potential loss of around 25 mmt of Ukraine supplies to the world market. Lack of new demand for US exports and feelings US 2022 corn crop will be enough to satisfy demand limits new buying. Managed funds are liquidating long on new lows. Dalian corn was lower. Trade est US weekly corn rating to drop to 65 pct G/E vs 67 last week. Still most crop watchers feel the crop could still harvest a 177 yield. soybeans 64 vs 65. Informa could see US 2021/22 corn carryout near 1,445 mil bu vs USDA 1,485. They could see a little higher crush. At the same time, they est US 2022/23 corn carryout at 1,554 mil bu vs USDA 1,400. They are using a yield of 179.5. Weekly US corn exports were 26 mil bu vs 49 ly. Season to date exports are 1,893 vs 2,294 ly. USDA goal is 2,450 vs 2,753. According to TASS, Russian-imposed authorities in Zaporizhzhia (SE Ukraine) said today that an agreement had been reached to sell grain abroad, mainly to the Middle East, with the countries involved mainly Iraq, Iran and Saudi Arabia. The report doesn’t say who the agreement is with or whether it will be shipped as Russian or Ukraine origin.

Wheat futures traded lower. US Dollar was higher. US equities were lower. Most commodities were lower. Increasing talk of worldwide recession and depression the main feature. Egypt added to last week’s 825 mt purchase with an additional 450 mt for Sep and Oct. All at a reported $416. French yields are very mixed, the vessel line-up is thin. Italy declared a state of emergency in the Po Valley crop areas. Jordan bought 120 mt at $427.50 but there is no decision from Pakistan. Lack of new demand for US exports and feelings US 2022 wheat crops will be enough to satisfy demand limits new buying.  Managed funds area liquidating long on new lows. Trade est US weekly spring wheat crop rating to remain near 59 vs 59 and winter wheat harvest 57 vs 41 last week. Weekly US wheat exports were 4 mil bu vs 13 ly. Season to date exports are 53 vs 70 ly. USDA goal is 775 vs 805