Jan-23 soybeans surged into new highs on the close while settling above $15 for the first time in 6 months.  Meal/oil trade reversed yesterday’s action with nearby meal contracts closing $12 – $15 ton higher while oil was down 120 – 190 points. Jan-23 bean oil is back below its 100 day MA.  South American weather forecasts will continue to drive price action into the New Year.  China has stated they will drop Covid-19 checks for imported frozen and chilled foods starting Jan. 8th.  Brazil lowered their expected soybean exports for Dec-22 to 1.71 mt, down from 1.75 mt.  If this figure is realized 2022 shipments will reach 78 mt, down 10% from 2021.  Currently the USDA is forecasting Argentine soybean production at 49.5 mt based on harvest area of 16.5 mil. HA with an average yield of 3.0 tons per HA.  Most private estimates are in the low to mid 40’s.  If weekend rains disappoint the USDA will likely be forced to further reduce their production estimates soon.  They already lowered their forecast from 51 mt to 49.5 mt in Nov-22.  If the Argentine yield is cut to 2.6 ton/HA, still above the 2.32 yield last major drought 2017/18, production would be cut to 43 mt.  In order to keep ending stocks in their comfort range of 23 – 24 mt, exports would likely be cut by 3 – 4 mt, while crush be reduced by 2 – 3 mt.  This would also cut meal exports by a similar amount, down to 25 mt from the current est. of 27.6 mt.  So far a more favorable weather pattern with the demise of LaNina has been slow to materialize. 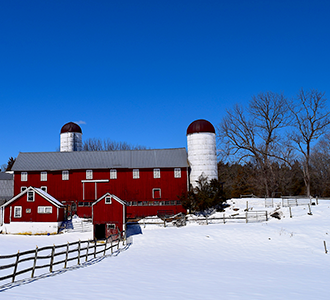 Prices continue their year-end rally with old crop futures closing near session highs up $.06 – $.08.  Today’s high in Mch-23 contract at $6.83 ½  is the highest trade since early Nov-22.  Markets continue to add weather premium as forecasts have lightened up the potential for heavy rains across some of the drier areas of eastern Argentina and southern Brazil over the New Year’s weekend.  Beneficial rains remain in the forecast, however may do little to ease drought concerns.  Next week’s forecast continues to be mostly dry with above normal temperatures in Argentina and Southern Brazil.  Central and Northern Brazil remain favorable.  China continues to ease Covid restrictions while moving toward herd immunity.  A positive impact for their economy may still be weeks if not months away as reports suggest hospitals are being overwhelmed in some urban areas.  The weekly DOE ethanol production data is delayed until tomorrow.  Brazil raised their expected corn exports for Dec-22 to 6.5 mt up from earlier projection of 6.2 mt and well above the 3.3 mt from Dec-21.  Total sales for 2022 expected to reach a record 43.5 mt, well above the 20.6 mt from YA.  We expect US corn exports to pick-up over the late winter months as prices becomes more competitive when Brazilian supplies become scarce until 2nd crop harvest.  It’s unclear if a pickup will be enough to prevent further US export reductions.  Although commitments are down 48% from YA, vs. forecast of down 16%, the USDA may hold off until more is known about the Argentine crop.  The USDA’s current Argentine corn production est. of 55 mt is based on 7.0 mil. HA and average yield of 7.9 ton/HA.  If this year’s yield were cut to 7.0 ton/HA production would be cut roughly 6 mt to 49 mt, assuming no change in acres.  This would require exports to be cut by a similar amount in order to keep ending stocks at historical minimum.  Ukraine’s corn exports since July have reached 12.2 mt, up 18% from YA.  Speculative traders are estimated to have bought 5,000 contracts of corn extending their long position back over 131,000 contracts.

Prices closed higher in both Chicago and KC, while MGEX contracts were mixed.  Chicago futures led a late day surge closing $.10 – $.12 higher.  Chicago Mch-23 high at $7.87 ½ is inching closer to its Dec-22 high of $7.97 ¼.  KC was up $.03 – $.06 however were well off their highs.  Sources now indicate Egypt has bought 200k mt of wheat for $339/mt, most of it from Russia and is backed by the World Bank.    SovEcon raised Russia wheat production forecast to 101.2 mt up from 100.9 mt earlier.  This remains well above the Dec-22 USDA forecast of 91 mt.  Ukraine wheat exports have since July have reached 8.2 mt down 48% from YA.  The USDA will provide a monthly crop condition report for winter wheat in early Jan-23 which may provide a glimpse into potential damage from last week’s artic blast.