The petroleum complex continued to build on gains following the DOE report, reaching a high of over 92.00 basis September crude before attracting profit taking into the weekend. Recessionary fears have been pushed into the background as rising demand for US crude was apparent following record high exports in the latest report. With net exports fed by Russian sanctions and the limited European refinery rates due to low levels along key waterways in Europe, US exports are likely to remain near record highs. It cannot be overlooked that total gross exports at 10.7 mb/d in the week ending August 12th now puts the US in the enviable position of being the largest global exporter of crude and products. These exports continue to strain US inventory levels and will remain a source of concern in the absence of any discernible decline in disappearance rates.

Although the Iranian negotiations remain in the background as a possible negative, we see potential for values to test the 93-95 level basis September WTI. Underlying support might persist given the recent lack of speculative involvement on the long side, and on the extremely low inventory levels and limited refining capacity to satisfy export demand. 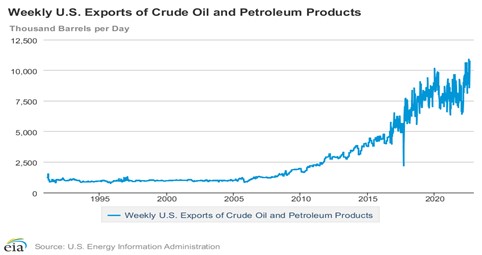 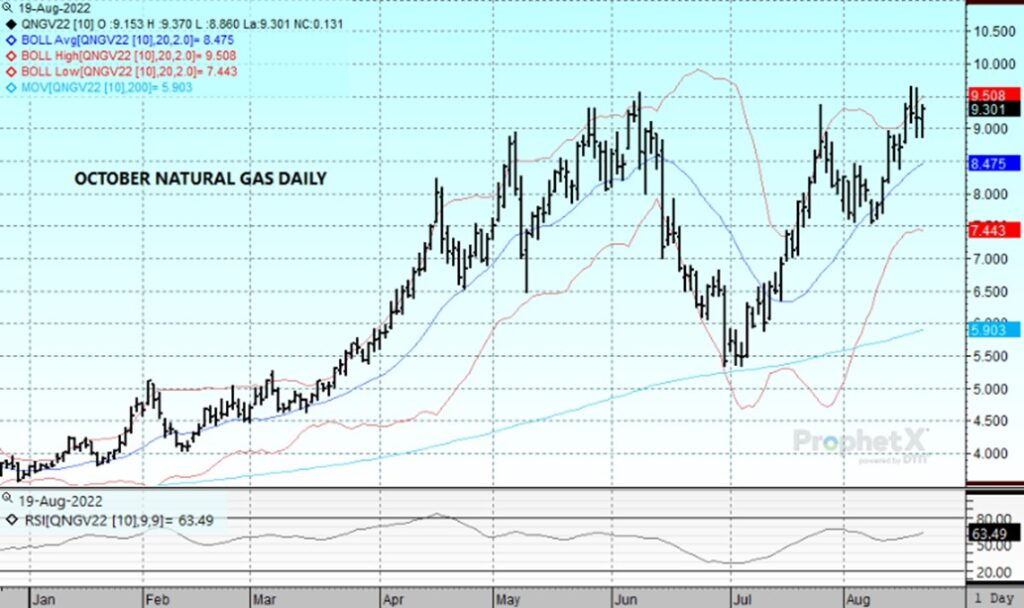 The market traded erratically over the last two sessions as the contract highs were tested yesterday following the storage report, and a failure there lead to multiple forays under 9 dollars before ending the week at 9.315 basis October. The 18 bcf weekly stock build was well below estimates near 34, but the ensuing rally was short-lived as prices lost over 70 cents within an hour as moves continue to be exaggerated by poor liquidity. Production has shown signs of improvement, recovering back above 97 bcf the last two days, and along with weather trending near normal levels, has helped to reign in the recent upside push. Gazprom announced a three day shutdown of Nord Stream 1 at the end of the month, sending European prices to new highs yet again and offering spillover support to US values. The 8.86 area should offer solid support after being tested the last two days. A move below there would likely portend a move to 8.50. Resistance is obvious at the double top near 9.65, with 10 dollars the next target if that level is breached.