US Dollar Gains Likely To Be Limited

The U.S. dollar is higher but remains in a trading range as the bearish influence of disappointing U.S. economic data is offset by recent hawkish comments from Federal Reserve officials. 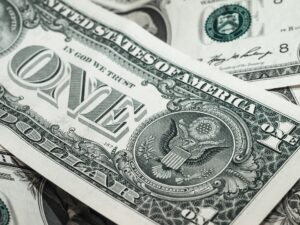 Annual producer inflation in Germany declined to 21.6% in December 2022 from 28.2% in November, which compares with market predictions of 20.8%, and marking the lowest level since November 2021.

Retail sales in the U.K. fell again in December, while consumer confidence declined to a new low. The Office for National Statistics said retail sales declined 1.0% from November, the fourth drop in five months, leaving them down 5.8% on the year.

The annual inflation rate in Japan increased to 4.0 % in December 2022, which is the highest since January 1991, adding to pressure on the Bank of Japan to unwind its monetary easing policy.

Stock index futures are mixed in an atmosphere of increasing concerns about a potential recession.

The technical aspects are supportive on balance.

Yesterday two Federal Reserve officials said the central bank was making progress in its inflation fight, but it would take time to bring inflation back to the Fed’s 2.0% target.

Federal Reserve Vice Chair Lael Brainard indicated she was supportive of slowing the pace of interest rate increases to a more traditional quarter percentage point at the central bank’s next policy meeting.

In addition, New York Fed President John Williams said he was encouraged by signs interest rate increases were having their desired effect in slowing growth and keeping consumers’ and businesses’ expectations of future inflation in check.

Federal Reserve speakers today are Patrick Harker at 8:00 and Christopher Waller at 12:00.

The long term outlook is for higher futures prices.