The labor participation rate was 61.7% when 61.6% was predicted and average hourly earnings increased 0.3% when unchanged was estimated. 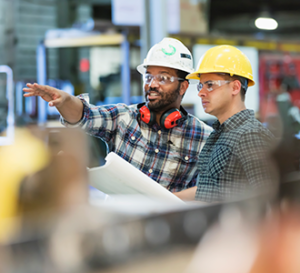 The U.S. dollar is higher but is holding at a major downtrend line.

Longer term, the U.S. dollar will likely trend lower due to the Fed’s “average inflation targeting” strategy, which suggests the U.S. central bank will remain accommodative for longer.

The euro currency is lower after a report showed German industrial goods orders rose by a smaller-than-expected 2.8% on the month in July. Economists had expected July orders to grow at a rate of 5% on the month.

Recent gains in the euro currency are worrying policymakers at the European Central Bank, who warn that if the currency keeps appreciating it may weigh on exports and intensify pressure for more monetary stimulus.

In addition, the European Central Bank is seen on track to add more stimulus to its economy.

Australia’s July adjusted retail sales increased 3.2% when a gain of 3.3% was anticipated.

Federal Reserve Bank of Chicago President Charles Evans yesterday said more fiscal relief will be needed. Mr. Evans said the economy has recovered some from earlier in the year, but still has a long way to go.  Mr. Evans also said it would take “some time” before inflation moves back up to the Fed’s 2.0% target.

The next Federal Open Market Committee meeting is scheduled for September 16. Financial futures markets are predicting there is a 94% probability that the FOMC will maintain its fed funds target rate at zero to 25 basis points.