Global equity markets overnight were lower except for the markets in the Pacific. In retrospect, the bull camp should be extremely disheartened by yesterday’s massive rallies and ultimate failure into the close yesterday. Like the treasury markets it is possible that the equity markets have already factored in a reduction in recession prospects, moderating Fed hawkishness and a moderation of inflation. However, tech sector darlings are experiencing headline difficulties and the markets did not see the massive United Airlines purchase of airplanes from Boeing as a significant bullish catalyst.

S&P 500: As indicated already, the major pulse up rally yesterday ultimately resulted in the S&P closing 125 index points below the high. However, we would give the bull case another chance to resume upside action after the Fed statement today. Unfortunately for the bull camp, market sentiment remains suspicious and the rally off the December low has likely factored in the most probable positive outcome of today’s Fed meeting. Therefore, without something fresh and surprising (like confident Fed statements that they have regained an edge in the inflation battle) investors are not eager to own stocks.

Other US Indexes: Uptrend channel support in the December Dow is 33,665 with even lower support at 33,500. Negative crypto currency sector headlines, a fresh lawsuit against Meta platforms and news that Twitter will see losses booked this quarter highlight a bearish tech sector/NASDAQ news environment. As in other sectors of the market without a very surprising Fed statement today’s Fed meeting is unlikely to spark a replication of yesterday’s initial rally. 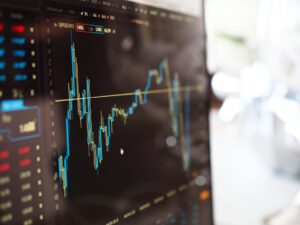 DOLLAR: From a technical perspective, the charts in the dollar index project a continuation of declines with an intermediate target down at 102.50. In fact, unless the US Federal Reserve makes it clear the inflation battle remains intense and might require a return to aggressive rate hikes, we think the bullish bubble in the dollar has popped. From a bigger picture perspective, the idea of an ever-expanding US interest rate differential edge with other currencies has ended, flight to quality interest off the war has dissipated and the US appears to have gained the edge on inflation which in turn takes the teeth out of the Federal Reserve. As indicated in other coverage today, it will take a surprisingly hawkish Fed view or very upbeat Fed economic views to alter the downward path in the dollar.

EURO: With the moderation of US consumer inflation yesterday reducing the markets’ hawkish view of Fed policy, the markets have also been presented with softer Spanish and Swiss price signals overnight. However, the dollar premium for inflation was much larger than the inflation premium in the euro and therefore the net impact of lower global inflation shakes out as a net positive for the euro.

YEN: While the Yen has not seen domestic data as the primary driving force for the currency, overnight Japanese machinery orders, all industry capital expenditures, nonmanufacturing readings from the Tankan survey and strong/as expected capacity utilization readings should increase fundamental bullishness in the Yen trade.

SWISS: With the massive range up spike yesterday mostly retained and the currency trading holding above yesterday’s close, the technical set up remains in favor of the bull camp. Certainly, the primary driving force for the Swiss bull camp is the ability to win by default from sharp declines in the dollar. On the other hand, today is an extremely important junction for the Swiss with the market significantly overbought from the December rally and traders possibly banking profits in anticipation of the currency markets “going dead” for the rest of the year.

POUND: With the Pound remaining in an upward trajectory in the face of evidence that UK inflation has eased and the US dollar generally remaining weak after an easing of US inflation, the Pound bulls have traversed one key hurdle and appear to be poised to hurdle the Fed outcome today.

CANADIAN DOLLAR: While the Canadian dollar bulls have benefited from this week’s downshift in US and UK inflation readings, the Canadian continues to show signs it can’t mount a significant run up against the US dollar.

As indicated yesterday the treasury bond market sits 13-points above the November low and is facing a Fed meeting where expectations of unending aggressive US Fed hikes are expected to come to an official end. Predicting the outcome from today’s meeting is still extremely difficult but we suggest the bull camp has already benefited from a very consistent bullish “shaping” of headlines for nearly 2 months. However, the Fed chairman in the past has indicated the Fed will need sustained and broad signs inflation has come under control before their tightening ends.

Certainly, it is possible that the treasury bond market has injected price premium off the prospect of some Fed acknowledgment of progress on inflation. The North American session will start out with a weekly private survey of mortgage applications followed by October Canadian manufacturing sales which are forecast to have a moderate uptick from September’s unchanged reading. November readings for the US import prices index and US export price index are expected to have modest downticks from their October readings. The highlight for global markets will come during early afternoon US trading hours with the results of the December FOMC meeting.

The market is expected to have a rate hike of 50 basis points, while the post-meeting statement and a press conference with Fed Chair Powell will be scrutinized for clues on upcoming Fed policy. The FOMC will also release their quarterly economic projections (the “dot” plot) which will show Fed member’s longer-term estimates for inflation, unemployment, and GDP.