Stock index futures are lower on news that the June consumer price index increased 1.3% when a gain of 1.1% was expected.

Mortgage applications fell 1.7% in the week ended July 8, led by a 3.6% decline in the purchase index.

The Fed’s Beige Book on the economy will be released at 1:00. This book is produced approximately two weeks before the monetary policy meetings of the Federal Open Market Committee. On each occasion, a different Federal Reserve district bank compiles  evidence on economic conditions from each of the 12 Federal Reserve districts.

Earnings season is set to kick off tomorrow.

Prices are likely to partially recover this afternoon. 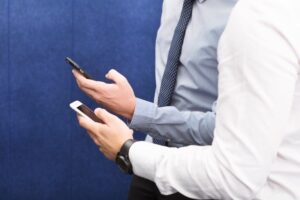 The U.S. dollar index remains near a 20-year high. The Federal Reserve is likely to hike interest rates more than other major central banks, which suggests higher prices for the U.S. dollar.

The euro currency firmed on news that industrial production in the euro area increased 0.8%  from a month earlier in May of 2022, accelerating from an upwardly 0.5% increase in April and beating market expectations of a 0.3% gain.

Lower prices are likely for the euro currency.

The Bank of Canada is expected later today to deliver a 75 basis point increase in its key interest rate to 2.25%, which would be its biggest rate increase since 1998.

Yesterday the International Monetary Fund cut its growth projections for the U.S. economy this year and for 2023, and raised its unemployment rate estimates through 2025.

Portions of the U.S. yield curve remained inverted with yields on shorter-dated Treasury issues  above those of longer-dated debt.

According to financial futures markets, it is likely now that the Federal Open Market Committee will hike its fed funds rate by 100 basis points at the July 27 meeting.

Prices are likely to partially recover this afternoon.