Global equity markets overnight were mostly higher with the markets in Tokyo, Shanghai, and Moscow posting declines. Given the typical chatter of a Santa Claus rally and the markets ability to reject yesterday’s lows aggressively, the bull camp has a minimal psychological edge to start this morning. However, unending recession fears are fostering downward adjustments in 2023 corporate earnings growth. In fact, recessionary dialogue from the FedEx CEO warned their US volume for the 4th quarter would be below expectations. Earnings announcements will include Micron Technology after Wall Street closes.

S&P 500: As indicated already, the charts have shifted in favor of the bull camp with the S&P yesterday aggressively rejecting the 3800.00 level. However, the S&P should draft minimal support from news that Nike beat quarterly revenue targets even as they utilized discounts and promotions.

Other US Indexes: With the Dow this morning trading 600 points above yesterday’s lows a large measure of technical balancing and fundamental relief has been factored. However, a fresh 3-day high indicates a measure of bullish and therefore follow-through potential. A normal retracement of the December washout in the Dow is 33,671. Not surprisingly, the NASDAQ Index has forged the feeblest recovery bounce of the major market segments overnight. 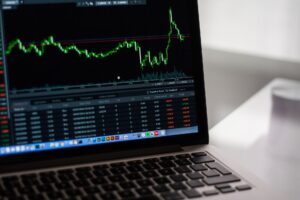 DOLLAR: With a feeble rally this morning following yesterday’s aggressive slide, the charts in the Dollar remain in favor of the bear camp. Apparently, the world currency trade sees the Bank of Japan yield curve policy change as a fresh signal that global long rates are capable of higher terminal rates than previously expected. Therefore, alternatives to dollar investments have become slightly more attractive and modest pressure on the dollar might be seen following today’s US scheduled data.

EURO: While a German Gfk Consumer Confidence Survey for January was not as negative as expected, the survey reading was -37.8 highlighting negative expectations in the new year. However, it should be noted that overnight press coverage from Germany shaped the less than anticipated contraction of the consumer survey into a positive.

YEN: In retrospect, it is very surprising that the subtle change in BOJ a yield curve management policy has resulted in a broad international currency market reaction. However, central bank officials have indicated that more monetary tightening is likely next year.

SWISS: From a technical perspective, the action in the Swiss this week is discouraging to the bull camp. Nonetheless, a downward bias toward the dollar and the aggressive rejection of the 1.08 level in the Swiss earlier this week should provide a solid shelf of support.

CANADIAN DOLLAR: While the Canadian has apparently built a shelf of support just above 73.0,0 seeing November Canadian consumer prices unchanged from the prior month later today could be cause for a retest of the middle of the last 2 weeks trading range down at 73.25.

While March bonds have initially stabilized with a quasi-double low on the charts at 127-19, the sharp

range down action this week leaves the charts damaged and the bears hopeful. Obviously, seeing the Bank of Japan expand its cap on yields on longer maturity instruments has revitalized expectations that global rates will continue to march higher. Seeing Japanese long bond yields rise faster than US long bond yields ahead could result in the world’s largest US treasury instrument holder (Japan) rotating investment away from US treasuries.

While not a direct impact on US treasuries, Canadian CPI readings for November might have some spillover influence from the argument that the US and Canadian economies are usually in sync. Today the trade might react more than usual to US existing home sales readings for November as some economists yesterday saw US housing data as stronger than Fed expectations.

The North American session will start out with a weekly private survey of mortgage applications followed by the November Canadian CPI which is expected to have a moderate uptick from October’s 6.9% year- over-year rate. The Conference Board’s December reading on US consumer confidence is forecast to have a modest uptick from November’s 100.2 reading. November existing home sales are expected to have a modest downtick from October’s 4.43 million annualized rate. Earnings announcements will include Micron Technology after Wall Street closes.