Ukrainian farmers have harvested corn from 78% of planted areas as of Dec. 30, according to a government statement. 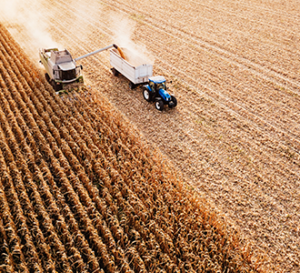 According to preliminary data, Russia will harvest 102.65 million tonnes of wheat in net weight in 2022, the Federal State Statistics Service (Rosstat) said.

The agency also updated data on the overall grain harvest. It revised up to 150.98 million tons from 150.7 million tonnes previously.

The average local price of crude palm oil is expected to be 25% lower in 2023 due to higher output and increased availability of other major vegetable oils, according to the Malaysian Palm Oil Board.

The damage done to US winter wheat from the arctic blast that passed through the country over the past week will be difficult to fully assess until harvest-time in March, says Marex in a note. “We are likely to see desiccated leaves, especially given the high winds that we have seen along with this front,” says Robert Phillips of Marex. “This will cause the wheat to look like someone took a flame thrower to it, but that does not necessarily mean that the plant’s crown has sustained any damage.” Wheat plants without a damaged crown– the portion of the plant’s stalk under the soil’s surface–are likely to regenerate and be healthy by harvest-time, says Phillips. In trading, CBOT most-active wheat futures are down 1.7%.

The base import tax on crude palm, soybean and sunflower oils will continue to be zero for another year until March 31, 2024, according to a finance ministry notification late Thursday.

The 2021/22 soybean season began with agents concerned about the decrease in the supply of soybean in Brazil, majorly in the southern area of the country and in some regions in southeastern and central-western Brazil. As significant losses were also registered in Argentina and in Paraguay, higher supply in the United States was not enough to offset these decreases in production. Thus, world stocks decreased, underpinning prices abroad and in Brazil, where the annual average in 2022 set a record, in real terms (values were deflated by the IGP-DI from Nov/22).

In Argentina – the major world supplier of soybean meal –, besides lower soybean production, in March, the federal government raised the export tariffs on soybean by-products, aiming to soften the economic crisis in Argentina. Also, a truckers strike hampered trades in the country. As a result, the world demand for soybean meal and oil increased high.

This scenario was worsened by the Russia-Ukraine war, which reduced the supply of sunflower oil, one of soy oil’s major competitors – Ukraine is the top exporter of this product. Besides, some countries reduced palm oil sales, aiming to stop inflation – as observed in Indonesia, the world’s number one producer and exporter of palm oil.

However, in the second semester, prices weakened, influenced by both the agreement between Russia and Ukraine on the exports of some Ukrainian products from the Black Sea and the harvesting of the 2022/23 crop in the United States. In Argentina, the government stablished a special system called “soybean dollar”, aiming to encourage farmers to sell part of their stocks. Indeed, liquidity increased in Argentina, and the interest of importers in the products from Brazil and the United States decreased.

Still, between October and November, the international demand for the Brazilian product was high, boosted by logistic issues in the United States, due to the low level of the Mississippi River.

In the last quarter of 2022, Brazilian sales were hampered by blockades in the highways that lead to the port of Paranaguá (PR), which hampered road transportation and resulted in ship queues at ports. Besides, Brazilin farmers began to focus on sowing the 2022/23 season and avoided selling the remaining of the 2021/22 crop.

Corn prices started 2022 in an upward trend, boosted by low ending stocks and concerns related to the 2021/22 summer crop – its productivity was affected by unfavorable weather conditions. After the first quarter, players were focused on the second crop, with a record production, which has been pressing down values since then.

However, price drops in Brazil were limited by high international values, due to the restricted global supply. The Russia-Ukraine war, which has begun in late February, pushed up the export parity and favored Brazilian shipments.

The 2021/22 season in Brazil started with ending stocks at 7.78 million tons, 27% less than in the previous crop, and with 24.97 million tons in the summer crop, lower than the productive potential initially forecast by Conab.

In this scenario, between January and March, the average of the ESALQ/BM&FBovespa Index (Campinas/SP) for corn was high, at BRL 97.53 per 60-kilo bag. Since then, because sowing activities have been satisfactory in the Central-South, values have started decreasing. The average of the first semester was BRL 92.39 per bag, only 1% above that registered in the same period of 2021, in nominal terms.

At the ports of Paranaguá (PR) and Santos (SP), average prices were at BRL 93.35/bag and 92.91/bag in the first semester, moving up 13% and 19%, respectively, compared to the same period in 2021. Shipments were moving at a good pace: 6.3 million tons were exported from January to June 2022, against only 3.6 million tons in the first semester last year, according to data from Secex.

Because of the combination of prices at high levels in the first semester and the expectation of firm demand, the second corn crop area increased 9%. The weather favored productivity, which rose by 30% compared to the previous second crop. Therefore, the second crop totaled 85.61 million tons, 42% up in relation to 2021/22.

As a whole, the 2021/22 production in Brazil (considering three crops) totaled 112.83 million tons, 30% more than the previous and a record. Total production and initial stocks (7.78 million tons) and the imports, forecast at 2.8 million tons, resulted in 2021/22 availability of 123.69 million tons. The domestic consumption was at 75 million tons, generating a surplus of 48 million tons, according to data from Conab.

The domestic surplus at high levels and at competitive prices in the global market increased the international demand in the second semester. Therefore, Brazilian sellers were trading both at ports and in the domestic market, sustaining the ESALQ/BM&FBovespa Index (Campinas/SP) between BRL 80 and 86/bag in the second semester. However, the Index closed at BRL 86.42/bag on December 28, moving down 4.3% in 2022. At Brazilian ports, on the other hand, due to the firm demand and high international prices, increases were significant.

Indonesia cuts biodiesel allocation for state-owned energy company Pertamina by 1.2% for 2023 as govt decides to start B35 biodiesel blending mandate in February, according to a decree issued by the Energy and Mineral Resources Ministry.

Indonesia, the world’s biggest oil palm grower, will reduce the ratio of exports to six times of domestic sales requirement from eight times currently, according to Budi Santoso, director general of foreign trade at the trade ministry.

Indonesia will face its driest weather since 2019 next year, the country’s weather agency forecast on Thursday, citing the weakening of the La Nina pattern.

The BMKG agency warned less rain could increase the risk of forest fires while the trend of the past three years also suggested a heightened risk of earthquakes and tsunamis.

“Starting May until April 2023, it will be getting dryer compared to the past three years, so the risk of forest fire rises,” BMKG Director Dwikorita Karnawati told reporters.

She said the influence of La Nina, which refers to the cooling of ocean surface temperatures combined with winds and rains, will end around March 2023, causing lower rainfall.

Dwikorita said next year’s dry season could be similar to that in 2019, when more than 1.65 million hectares (4.1 million acres) of forests burned. The fires cost the country at least $5.2 billion in damage and economic losses, according to the World Bank estimates.

Indonesia has been able to limit the losses since then, with just over 200,000 hectares of forests and land burnt between January and November of this year, the environment ministry data showed.

In order to prevent forest fires, Dwikorita said BMKG along with the enviroment ministry would conduct weather modification in April or May. The term usually refers to cloud seeding – shooting salt flares to trigger rainfall in dry areas.

While droughts in major palm oil planting areas in 2019 also hit output that year, BMKG made no prediction on the impact of 2023 weather on crops.

China’s sow herd up 0.2% in November vs month ago – agriculture ministry

China’s sow herd increased by 0.2% in November from the month before to 43.88 million sows, according to data published by the Ministry of Agriculture and Rural Affairs on Friday.

The herd was also 2.1% larger than a year ago, the data showed.

Barge shipments down the Mississippi river declined to 626k tons in the week ending Dec. 24 from 790k tons the previous week, according to the USDA’s weekly grain transportation report.