The U.S dollar is higher, but is coming against a major downtrend line, which is likely to hold.

Longer term, the U.S. dollar will likely trend lower due to the Fed’s “average inflation targeting” strategy, which suggests the U.S. central bank will remain accommodative for longer.

The euro currency firmed on news that that the euro zone August composite PMI was 51.9 when 51.6 was predicted.

Recent gains in the euro currency are worrying policymakers at the European Central Bank, who warn that if the currency keeps appreciating it may weigh on exports and intensify pressure for more monetary stimulus. 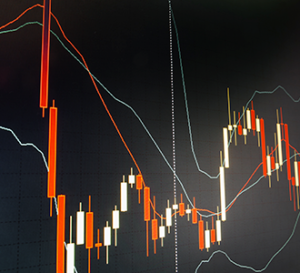 The August PMI composite final index will be released at 8:45 central time. The prior figure was 50.3.

The 9:00 August Institute for Supply Management index is anticipated to be 57.0.

U.S. stock index futures are likely to at least partially recover from the lower morning prices.

Charles Evans of the Federal Reserve will speak at 12:00.

The next Federal Open Market Committee meeting is scheduled for September 16. Financial futures markets are predicting there is an 88% probability that the FOMC will maintain its fed funds target rate at zero to 25 basis points.