Light rains moved across Argentina and into Southern Brazil overnight and today.  Modest rain amounts are expected to linger over some of the most stressed crop areas in SA over the next 36 hours.  Rainfall totals and coverage matter however will not put much of a dent in the overall drought pattern and will take a backseat to tomorrow’s USDA report.  Following this rain event conditions will remain dry for the next 4-5 days before the next rain event late next week.  Late yesterday the BAGE did indicate the Argentine weather pattern was improving, however it will likely take until March until soil moisture levels return to normal.  Old crop soybeans were up $.05 – $.08 peaking just below yesterday’s high, while new crop contracts were down $.02 – $.04.  Soybean meal was up $4 – $5 holding just below contract highs.  Soybean oil finished 45 – 75 lower.  The USDA did announce the sale of 124k tons (4.5 mil. bu.) of soybeans to an unknown buyer.  Brazil’s soybean exports are expected to reach 1.97 mmt in Jan-23, up from the previous forecast of 1.3 mmt.  Soybean meal exports expected to reach 1.4 mt, up from their previous est. of 1.34 mt.  China will continue to impose anti-dumping and anti-subsidy tariffs on DDG’s imported from the US for another 5 years.  Export sales for tomorrow expected at 20 – 45 mil. bu. soybeans, soybean meal 50 – 300, and soybean oil 0 – 5 mt.  In the past decade there has been a bullish bias to soybeans to the Jan USDA reports.  In the 8 of the past 10 years the March contract closed higher.  The average gain was $.15 per bu. or 1.3%.  The average was $.21 when it closed lower, or 2%.  AgroConsult est. Brazilian soybean production at 153.4 mt 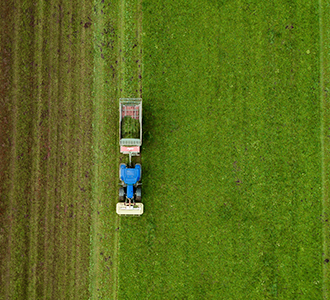 Prices closed steady to $.01 higher in quiet 2 sided trade.  Ethanol production did increase last week to 943 tbd, up from 844 tbd the previous week.  Production was still below expectations and below the pace needed to reach the USDA corn usage forecast.  Inventories did slip back for the 2nd consecutive week to 23.8 mb, slightly below expectations.  Implied US gasoline demand last week at 7.56 mbd was down 4.4% from YA and below year ago levels 14 consecutive weeks.  Look for the USDA to lower their corn usage for ethanol by 25 – 50 mil bu. in tomorrow’s WASDE report.  Brazil’s corn exports in Jan-23 are expected to exceed 5 mt, up from the previous forecast of 4.3 mt as shipments to China have surged during the month.  Shipments to China are expected to exceed 1 mt in January and will likely be the last month of large corn shipments from Brazil until the 2nd crop harvest this summer.  Corn exports tomorrow expected at 15 – 35 mil. bu.  In the past decade there has been a bullish bias in corn to the Jan USDA reports.  In the 7 of the past 10 years the March contract closed higher on report day.  The average gain was $.09 1/2 per bu. or 2.0%.  The average loss was $.02 1/4 when March was lower, or .55%.  AgroConsults estimates Brazil’s corn crop at 130.9 mmt, well above the USDA 126 mmt est.  Conab will also be out tomorrow with their revised production forecasts.

Prices closed higher in all 3 classes rebounding from falling to multi month lows in recent trading sessions.  Chicago and KC are up $.08 – $.10 while MGEX was up $.04 – $.05.  Expectations for increased US winter wheat acres, better prospects for rain along with cheap Russian wheat keeping rallies in check.  Since July-22 EU wheat imports have reached 17 mt, up 5% from YA.  Wheat exports expected at 5 – 15 mil. bu. In the past decade there has also been a bullish bias to wheat for the Jan USDA reports.  In the 7 of the past 10 years the March contract closed higher on report day.  The average gain was $.10 ½ per bu. or 1.8%.  The average loss was $.12 or 2.3%.