The 30-year Treasury bond futures are lower taking out the August 28 low due to flight to quality long liquidation and signs of an improving economy.

Other Federal Reserve speakers today are Patrick Harker at 11:00, Raphael Bostic at 1:00 and Robert Kaplan at 5:00 p.m.

Interest rate market futures at the short end of the curve are likely to be supported by ideas that major central banks, including the Federal Reserve, will keep short term interest rates low for an extended period. Many analysts believe it will be several years, possibly not until 2023, before the Federal Reserve will be in a position to hike its fed funds rate, which currently stands at zero to 25 basis points.

However, futures at the long end of the curve, especially the 30-year Treasury bond futures may be undermined by the inflationary aspects of the Federal Reserve’s “average inflation targeting” policy, along with the potential for a global economic recovery.

Financial futures markets are predicting there is a 97.7% probability that the Federal Open Market Committee will keep its fed funds rate unchanged at the November 4-5 policy meeting. 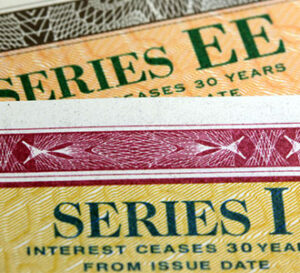 The main event today will be Federal Reserve Chairman Jerome Powell’s 9:40 central time speech on the economic outlook to the National Association of Business Economics in Washington, D.C. Mr. Powell will talk about the economic outlook and will likely say more fiscal support is needed.

The technical situation has improved recently for stock index futures.

The U.S. dollar index is lower as flight to quality longs are being liquidated and riskier currencies gained.

The euro currency is higher despite news that European Central Bank President Christine Lagarde said the central bank was ready to unleash additional steps to support the economy of the euro zone, including slashing interest rates deeper into negative territory.

Some of the gains in the euro can be attributed to news that German manufacturing orders increased for the fourth consecutive month in August. Manufacturing orders rose 4.5% in August when economists had expected August orders to grow at a rate of 2.5% on the month.

The British pound weakened after a report that the European Union has no plans to offer concessions to U.K. Prime Minister Boris Johnson before next week’s Brexit deadline.

Limiting pressure on the pound was news that U.K. construction activity expanded sharply in September. The headline seasonally adjusted IHS Markit/CIPS U.K. Construction Total Activity Index registered 56.8 in September, which is up from 54.6 in August.

The Reserve Bank of Australia left its official cash rate and its three-year government bond yield target unchanged at its monthly policy meeting today, but indicated it continues to explore options for further stimulus.

Learn more about the February 8 2023 USDA supply/demand report with Steve Freed written and video analysis as well as our USDA Report Infographic.