The 9:00 June Institute for Supply Management manufacturing index is anticipated to be 55.0 and the 9:00 May construction spending report is predicted to show a 0.5% increase.

Stock index futures are lower this morning but are likely to trade higher later today.

The U.S. dollar index is higher as interest rate differential expectations remain supportive, since the Federal Reserve is likely to hike interest rates more than other major central banks.

The U.S. dollar will probably continue to trade higher.

The euro currency is lower despite news that euro zone Inflation increased to a record high of 8.6% in June after climbing 8.1% in May. Economists had forecast euro zone inflation at 8.4% in June.

The British pound is lower on news that the U.K. manufacturing slowdown continues as business optimism fell to the lowest level in over two years. 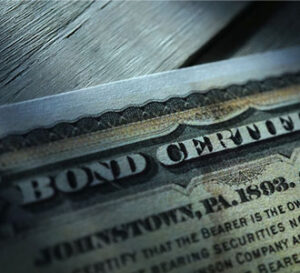 The 30-year Treasury bond futures advanced to a three-week high.

Economic growth is slowing, maybe even sooner than expected, which should allow the Fed to soften its policy stance at some point.

On Thursday, the Federal Reserve Bank of Atlanta’s “GDPNow” estimate was lowered to a 1.0% decline in gross domestic product in the second quarter, compared with a 0.3% increase estimated earlier this week.

The next surprise from the Federal Reserve, not right away but later this year will be a shift to less hawkish rhetoric.

Financial futures markets are now predicting the Fed could return to accommodation late in 2023.

The fundamental and technical aspects of the interest rate market futures are improving.

ADM Reports Second Quarter Earnings per Share of $2.18, $2.15 on an Adjusted Basis Net…

Learn more about the July 12 2022 USDA supply/demand report with Steve Freed written and video analysis as well as our USDA Report Infographic.